Since the time of Moses, the Jews have expected three great prophets - the second coming of Elijah, the Messiah, and "That Prophet". In this article, we explore these three individuals in greater depth. At the wailing wall in Israel, they still cry for the coming of all three.

We should bear in mind that Jesus and John the Baptist fulfilled prophecies concerning two of the three prophets expected by the Jews at that time. As the New Testament records, Jesus was the Israelite Messiah, and John the Second Advent of Elijah (also known as Elias). Jesus declared that John’s mission was to announce the future advent of the Universal Sovereign.[1] He was called that prophet, and was also referred to by many other names. His position remained unfilled.

There are many prophecies about these prophets. One foretold of where the Jewish Messiah prophet was to be born. That Bethlehem[2] would be his birthplace was settled by the Old Testament canon.

Two other main issues occupied the minds of the Jews as regards the Jewish Messiah. The Pharisees claimed that he would: 1) Be descended from David and; 2) Sit on David’s throne.

Undoubtedly, Jesus claimed to be the Jewish Messiah prophet born in Bethlehem,[3] but he did not fulfil the above requirements because they are wrongly imposed. They had no scriptural basis, and consequently Jesus never based his claim on descent from David. Regarding sitting on David’s throne, this issue was close to the hearts of the zealots who wanted to be rid of the Romans. Jesus interpreted it as a spiritual throne in the hereafter.[4]

In short, there is no scriptural prophecy requiring the Messiah to be descended from David’s male line or to physically sit on David’s throne. It highlights how detractors always exploit issues and create reasons not to believe. The number of barriers to acceptance that the human mind can create is unlimited, and so such thinking is illegitimate. God requires believing a claimant unless he fails specific basic requirements that we explore in our book, Paul & the Pharisee Conspiracy Against Jesus.

Some people were confused between the various prophecies about the prophets because more than one was called Messiah.[5] Thus we need to understand what this term means. Messiah (Greek Christos) meant saviour, i.e. God’s anointed one. Emperor Cyrus and King David were Messiahs in the Bible too.[6] This shows that the term was used for major prophets and was not limited to Jesus. Indeed, Jesus himself used the term Messiah for That Prophet (the Universal Messiah) whom Jesus explained would not be descended from David:

Luk 20:42-44 KJV And David himself saith in the book of Psalms, The Lord said unto my Lord, Sit thou on my right hand, 43 Till I make thine enemies thy footstool. 44 David therefore calleth him Lord, how is he then his son?

Jesus said to keep a lookout for the future advent of the Universal Messiah whom he also called the Lord, and his own Second Advent:

Mat 25:13 KJV Watch therefore, for ye know neither the day nor the hour wherein the Son of man cometh.

Evidently, Jesus prophesying about the future Lord [7] and son of man was not referring to himself but to other human prophets like himself. Since Jesus prophesied more than one future messiah prophet, it raised the probability of false messiahs and prophets. Matthew 7 and 24 cover many issues related to false prophets, showing that this was a hot topic with Jesus:

Mat 7:15 KJV Beware of false prophets, which come to you in sheep's clothing, but inwardly they are ravening wolves.

Mat 24:24 KJV For there shall arise false christs, and false prophets, and shall shew great signs and wonders; insomuch that, if [it were] possible, they shall deceive the very elect.

Mat 24:4-5 NIV Jesus answered: "Watch out that no one deceives you. 5 For many will come in my name, claiming, 'I am the Messiah,' and will deceive many.

True prophets are concerned about false prophets in case their message is subverted. Jesus warned there would be false christs and prophets immediately after him, and specifically that an enemy from the Pharisees would seek to subvert his message and teachings. This was Paul. Those disagreeing must disprove our arguments in our book and show how Jesus’ prophecies were otherwise fulfilled.

In short, according to Jesus, being rightly guided in religion in the future meant discerning between true and false messiahs and prophets. In my series, Christianity & St. Paul - the Antichrist, we answer all the questions related to this issue by reference to Paul, whom we show was the greatest of all false prophets. He was a deceiver, a false believer, whose goal was to prevent the Jews from accepting Jesus. He failed in his mission, but in the process created Pauline Christianity.

To arrive at this overall picture, we need to know the historical context of the Israelites in the Jesus era, Jesus’ mission and Paul’s life and career of fabricating religious teachings.

TO BUY THE BOOK FROM US AMAZON, PLEASE CLICK HERE

TO BUY THE BOOK FROM UK AMAZON, PLEASE CLICK HERE

[1]Mat 11:9-11K KJV 9 But what went ye out for to see? A prophet? yea, I say unto you, and more than a prophet. 10 For this is he, of whom it is written, Behold, I send my messenger before thy face, which shall prepare thy way before thee.11 Verily I say unto you, Among them that are born of women there hath not risen a greater than John the Baptist: notwithstanding he that is least in the kingdom of heaven is greater than he. [The last portion was interpolated to denigrate John’s status who Jesus had expressed to be greater than an ordinary prophet because he was tasked to spread the news of the Universal Sovereign Lord.]

[2]The wise men from the East were from the Ten Tribes lost East of Palestine and to which Jesus travelled after his crucifixion.

Mat 2:1-6 KJV 1 Now when Jesus was born in Bethlehem of Judaea in the days of Herod the king, behold, there came wise men from the east to Jerusalem, 2 Saying, Where is he that is born King of the Jews? for we have seen his star in the east, and are come to worship him. 3 When Herod the king had heard [these things], he was troubled, and all Jerusalem with him. 4 And when he had gathered all the chief priests and scribes of the people together, he demanded of them where Christ should be born. 5 And they said unto him, In Bethlehem of Judaea: for thus it is written by the prophet,6 And thou Bethlehem, in the land of Juda, art not the least among the princes of Juda: for out of thee shall come a Governor, that shall rule my people Israel.

[3]Jhn 7:40-42 NLT 40 When the crowds heard him say this, some declared, "Surely this man is the Prophet we've been expecting." 41 Others said, "He is the Messiah." Still others said, "But he can't be! Will the Messiah come from Galilee? 42For the Scriptures clearly state that the Messiah will be born of the royal line of David, in Bethlehem, the village where King David was born."

Mic 5:2-3 KJV 2 But thou, Bethlehem Ephratah, [though] thou be little among the thousands of Judah, [yet] out of thee shall he come forth unto me [that is] to be ruler in Israel; whose goings forth [have been] from of old, from everlasting. 3 Therefore will he give them up, until the time [that] she which travaileth hath brought forth: then the remnant of his brethren shall return unto the children of Israel.

[4]John 18:36-37 WEB Jesus answered, “My Kingdom is not of this world. If my Kingdom were of this world, then my servants would fight, that I wouldn’t be delivered to the Jews. But now my Kingdom is not from here.”37 Pilate therefore said to him, “Are you a king then?” Jesus answered, “You say that I am a king. For this reason I have been born, and for this reason I have come into the world, that I should testify to the truth. Everyone who is of the truth listens to my voice.”

Luk 1:32 KJV He shall be great, and shall be called the Son of the Highest: and the Lord God shall give unto him the throne of his father David:

[6]Isa 45:1 KJV Thus saith the LORD to his anointed, to Cyrus, whose right hand I have holden, to subdue nations before him; …

2Sa 1:14 NIV David asked him, "Why weren't you afraid to lift your hand to destroy the LORD's anointed?"

[7]See later prophecies that that prophet would not be from Judah. 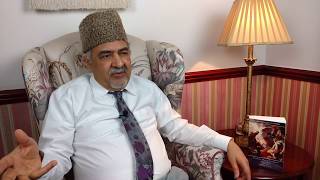 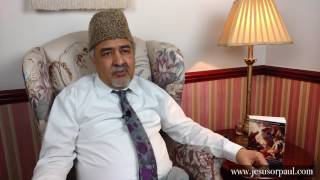